About this time the Church Secretary, Mrs. June Weaver, decided to resign her position and DeWitt, ever the creative thinker, arranged for Grace and Judy to fill the position.  Besides being a worthwhile and interesting use of Grace’s time, the job paid enough to help with Judy’s tuition at Georgia Southern. Grace went to the Office each morning and did the bookkeeping and answered the phone, and Judy came in between classes to do the typing and duplicating.

The major effort each week was to preparation of the Church Bulletin.  DeWitt and Judy would start each Monday morning with the information for that week’s Bulletin and get a perfect copy ready to take to Kenan Print Shop where the Bulletin would be printed and ready for pick-up on Thursday.  On Thursday the copies would be picked up and Grace and Judy, and DeWitt also, would fold the copies, use the addressing machine to print Congregational addresses on each one and bundle them for mailing.  Judy would then walk them across the street to the Post Office and they would be sent out.

One afternoon in late October, Grace and Judy were out riding around, becoming more familiar with the city, and they happened to drive down Moore Street where they spotted a house for sale!  It was set off the road a bit in the midst of shade trees and looked very inviting.  They immediately went and picked up DeWitt and took him to look at the house.  He agreed that it looked much better than where they were living, so he arranged to see the inside.  Once they saw the inside, they were SOLD!  It was spacious with a large kitchen, dining room, den, living room and three bedrooms and, above all, two bathrooms!  DeWitt wasted no time in calling the owner, John Godbee, of Brooklet, and he agreed to rent the house to the Church!  The Family was ecstatic and moving preparations began!  They moved in a few days time and began to enjoy their new home; DeWitt, Grace and Judy cooked to their heart’s content and they entertained guests at every opportunity.  In December they decorated the house completely and happily celebrated Christmas.

In March of the new year, word came that the Church had decided to buy a house for a parsonage.  They did not feel that the house on Moore Street adequately represented the Church, so they wanted a nicer one.  The one they selected was on Lakeview Road and it had four bedrooms, two bathrooms, and a full daylight basement.  There was a half bath in the basement.  Beautiful second-hand furniture was found at Waters Furniture company and thus the Family moved again, making three moves in less than a year! 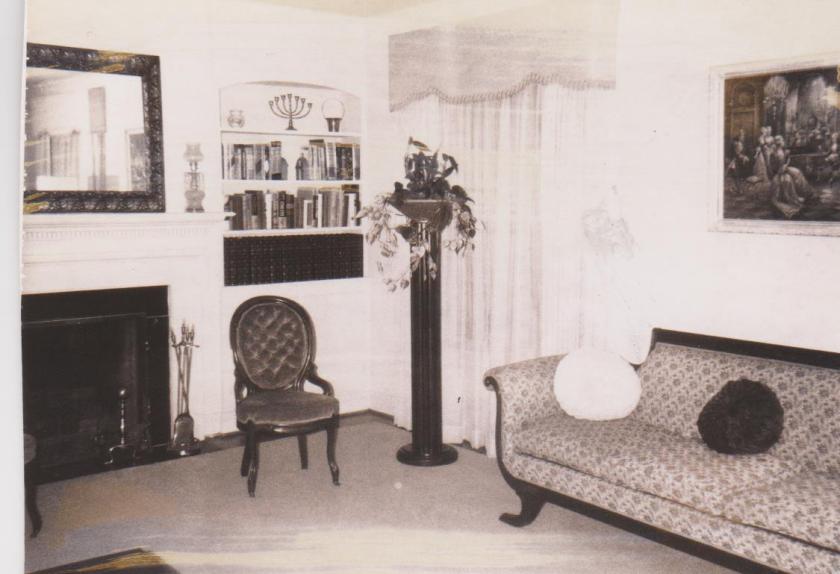 The family room or tv room was set up in the basement.  Great was the dismay and shock experienced the first time the basement flooded and the tv set was standing in water!  A sump pump was brought in and soon corrected the problem.

The yard of the new parsonage was large and lovely with plenty of room for DeWitt to experiment with beautification.  He discovered that there was a natural artesian spring running through the property and he had a bulldozer brought in and directed the digging of a reflection pool!  He landscaped the banks of the pool and stocked it with fish! 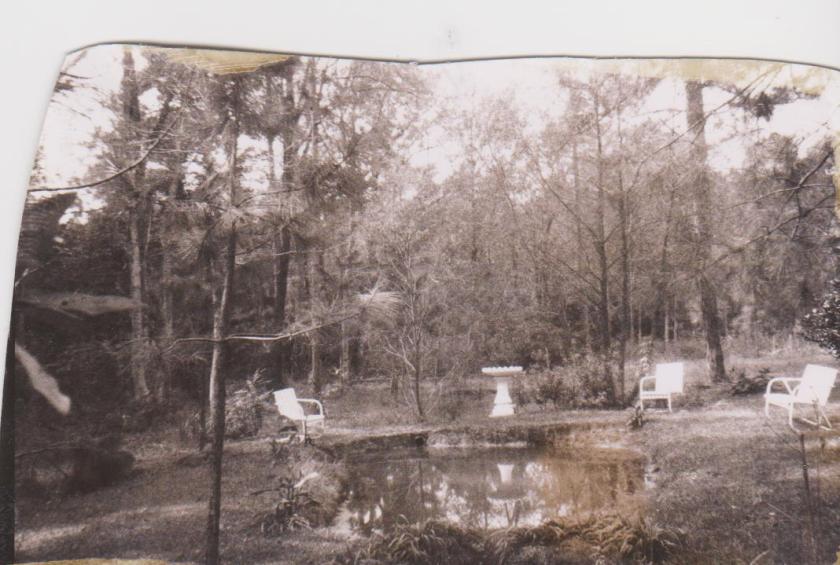 The Church organ was a real treasure; it had been built in 1960 by the Cassavant Company in Canada.  Mrs. Floyd delighted in putting it through its paces and showing off its abilities each Sunday.  It was decided that an organ concert should be given and Dr. Jack Brochek, head of the Music Department at Georgia Southern, and an accomplished organist, was asked to come and show what the organ could do.

A large congregation gathered one Sunday evening for the organ Concert.  The Choir also was fully robed and assembled in the choir stalls which ran along either side of the divided Chancel area.  Judy was siting in the Choir, on the  front seat at the far right end;

as the organist crashed down in mighty chords and crescendos, Judy suddenly felt something fall into her hair!  As unobtrusively as possible she reached up to brush whatever it was out of her hair and a lizard fell onto her sleeve, shaken loose from its perch in the high rafters by the vibrations of the organ!

To her everlasting credit, Judy did not scream, or cry out, or jump up and run out; no, she simply brushed the lizard off onto the floor and it went on about its business, giving Judy a story to repeat over and over for many years!

NEXT TIME; LIFE IN A COLLEGE TOWN CONTINUES

I was an elementary teacher for 36 years with three degrees in education, young children being my speciality. I also enjoy gardening, reading and my main interest is cooking, hence the Adventures. View all posts by Judy Shippey